With a user base of over 100 Million:

Why is Your Business Not on Snapchat?

We found this interesting article on Forbes.com explaining: https://www.forbes.com/sites/ajagrawal/2016/04/05/5-reasons-your-business-should-be-on-snapchat/#3efb3b2b3db5

Want to know the no. 1 reason why your business can no longer afford to ignore Snapchat? Its user base has reportedly hit 100 million people. This alone should tell you all you need to know about why you can’t afford to dismiss Snapchat as something that’s not for business.

This guide is going to go into more than that, though. It’s going to show you why your business should be taking active steps to make a profit on Snapchat. 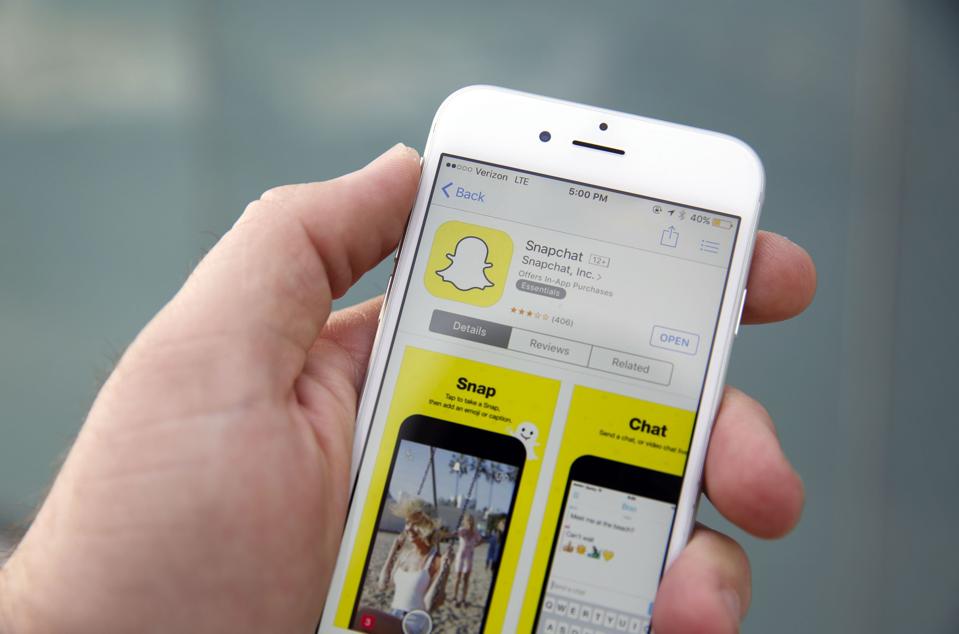 Ever since Facebook went mainstream, young people have left the network en masse. The only way to actually reach the younger audience is through Snapchat now. This is the only proven social media network where they are regularly hanging out. If you are running a business with products and services targeted towards this audience, you are going to have the most success here.

It gives you a chance to have one-on-one interactions with this younger audience.

Show A Behind The Scenes Look

It likely isn’t the first time that you’ve heard about the importance of taking people behind the scenes of your company. It’s the ultimate act of transparency and it provides some exclusive content that can encourage people to get involved with your website. This is the way to build an immensely strong following and engage your audience.

It’s easy to do this on Snapchat and it doesn’t have to be planned or polished in advance. You can show off a slice of life working in your office. It’s an opportunity to show how real you are. Furthermore, Snapchat’s expiring messages mean that you can literally pull back the curtain, then close it again.

Speaking to someone on a one-to-one basis. For other social media networks, it’s almost impossible to do this. But Snapchat enables you to send content directly to your individual followers. As long as they are following you, you as a business have the power to send messages directly to them.

You can send them whatever you think works, but if it goes down well you can build a deeply personal relationship with someone. It can turn them into a loyal customer faster than ever before.

So what could you send them to get them engaged?

If you have a loyal follower who has made regular purchases from you, you may decide to send them a personalized video thanking them for their support. This simple act can go a long way to building bridges and giving you a positive reputation.

Easy To Partner With Influencers

Influencer marketing is all about connecting with influential people in your industry in order to reach their audiences. It’s also something they can do for you. There are so many personalities using Snapchat these days, including Vine stars, YouTube celebrities, and well-known Twitter accounts.

It’s easy to discover big names on Snapchat. They can help you craft great content and reach audiences that you’d never before considered.

Partnering with influencers on Snapchat can also spread brand awareness among your chosen demographic. It can even help you to discover new demographics that you’d never previously considered. A simple five-day campaign can completely transform what your business can achieve.

Prove How Cool You Are

Facebook made a $3 billion offer to acquire Snapchat. This was turned down, much to the surprise of the whole tech industry. The reason why Facebook wanted the company so badly is because it wanted to be cool again. It’s the only way to grab the younger audience.

Using Snapchat, which is a cool platform, will naturally make you into a cool company as well. When organizations attempt to be cool it nearly always leads to them looking stupid. But the Snapchat frontier is a path that can pay incredible dividends.

Hit the ground running with Snapchat and you are going to get a long way ahead of your competitors who have yet to consider using this social media platform. At first, you should simply get used to using the platform. Work with it on a personal basis to get an idea as to how it feels from the other person’s point of view.

Once you understand the customer viewpoint you can better engage with the platform through the eyes of a business.

How are you going to take advantage of Snapchat today?  We would love to help you – Smart Marketing Advertising Agency

Do you really need to market your business on all of these social media platforms? Yes, you do and more! Social Media and Google platforms are more important today than ever.  If you’re business is not on these platforms, you are missing out!

If digital advertising and social media marketing have you confused, we would love to help you! Contact Smart Marketing Advertising Agency in Anderson, SC at 864-224-6002 or visit https://www.thinksmartmarketing.net 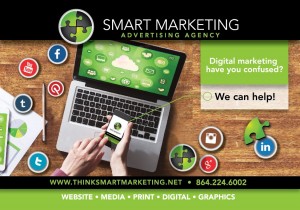 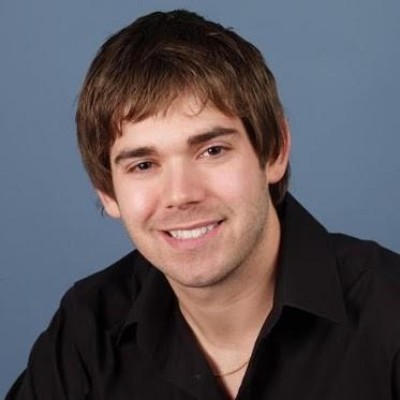 I demystify SEO and online marketing for business owners.

Opinions expressed by Forbes Contributors are their own. 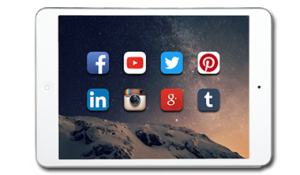 Digital advertising is growing exponentially, with endless possibilities. From developing websites and engaging email campaigns, to search engine optimization and social media, the key is presence and improving your search rankings within the local market. Individuals consume media across more platforms than ever before, and at Smart Marketing, we know how to put you there. With the ongoing revolution in digital media, it takes an innovative, fully integrated marketing solution to engage customer’s and deliver results.

Marketing tells your story – EVERY Business has a Story to Tell

At Smart Marketing Advertising Agency we focus on small, local businesses and people like you, who have a story to tell. We don’t just deliver customers, we create relationships.

Our unique approach begins within; learning, teaching, and branding. We are a full-service marketing agency. We bring value to your brand, by creating a campaign that is useful, measurable, and up-to-date. You know your audience, let us help you find and engage them.